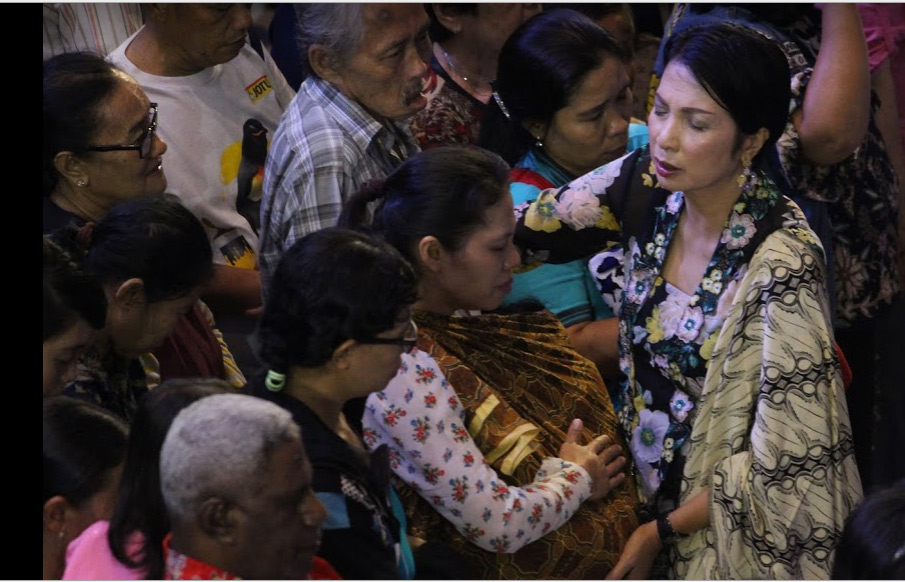 God Revealed His Glory to His People

KPPI (Praise and Divine Healing Service) was again held in the Auditorium of Adventist Building, Jl. MT Haryono Kav 4-5, Tebet, Pancoran, South Jakarta, on Thursday, 15 August 2019. The service was aired as a Live Streaming program on Facebook. Besides, there were groups of a prayer meeting that gathered to watch this Live Streaming program all through cities in Indonesia.

A short film opened the services sharing about the journey of KPPI ministry in 25 years. This film is a compilation of short scenes of this service that was first held in 1993 until the year 2018. God never stops to work up His miracles.

All who were present praising and worshiping the Lord joyfully. The worship leader said that the greatest miracle is that Jesus came into the heart of man. Everyone was lifting up their hands exalting the Lord. A healing testimony film was aired about a girl who was healed from chest pain caused by a hit.

The congregation was reading loudly Matthew 15:30-31 (NIV).  Great crowds came to him, bringing the lame, the blind, the crippled, the mute and many others, and laid them at his feet; and he healed them. 31 The people were amazed when they saw the mute speaking, the crippled made well, the lame walking and the blind seeing. And they praised the God of Israel.

Their faith was strengthened to believe the power of Jesus.

A film of healing testimony was again presented. A lady was healed from stroke that caused half of her body paralyzed after attending KPPI from 2015 to 2016. All the congregations were clapping their hands exalting the great miracles of the Lord.

They were praising and worshiping the Lord before the preaching of the Word of God.

Jesus, the Image of God, Coming to You

Rev. Jacob Sumbayak stepped forward and led the prayer. Who has redeemed us from our sin and transgressions to Whom will our soul be calm? It is only in Jesus. It is we who often forgot the Lord. Let us call unto Him, ask His forgiveness and help.

This man was demon-possessed. For a long time, this man had not worn clothes or lived in a house, but had lived in the tombs. When he saw Jesus, the demons inside this man were in great fear. They knew that Jesus had the power to torture them and command them to go to the Abyss. That is why don’t ever be afraid of the devil or the power of the darkness because they all were afraid of Lord Jesus.

If we see Jesus we must know that He is the image of God the Father who loves us.

Colossians 1:19 (NIV) For God was pleased to have all his fullness dwell in him

God the Father loves us. That is why He sent Jesus. Let us not be afraid of the devil, but let us have faith since all the power of the darkness must bow to the name of Jesus. Jesus is God who has power. The storm was calmed. Who is able to calm the high tide? The tide obeyed Jesus. Jesus is the Lord who came from heaven. He is the Son of God who is willing to be born in the stable and died for us. When we see Jesus we see the power of God the Father and His love to us. All the fullness of God dwells in Jesus.

A call was given to everyone who wanted to believe in Jesus and receiving Him as their Lord and Saviour. They stood up and lifted up their hands. Only Jesus who is able to give peace that cannot be given by this world. Only Jesus is able to answer our faith. Believe in Him. His blood washed all our sins and transgressions.

Susan Sumbayak stepped forward and invited anyone who had a problem with their ear to move forward. A few people moved forward. A man with a hearing problem was healed. God worked and reveal His power.

God worked and reveal His miracles.

A call was given to anyone who had the desire to serve the Lord. They lifted up their hands and stepped forward to be prayed.

The service was closed with a message that everyone who was present had to return back to their local church and diligently serve the Lord there.

KPPI is an interdenominational ministry that has been held since 1993 by  Gereja Pusat Pantekosta Indonesia (GPPI) Pondok Daud Jakarta. 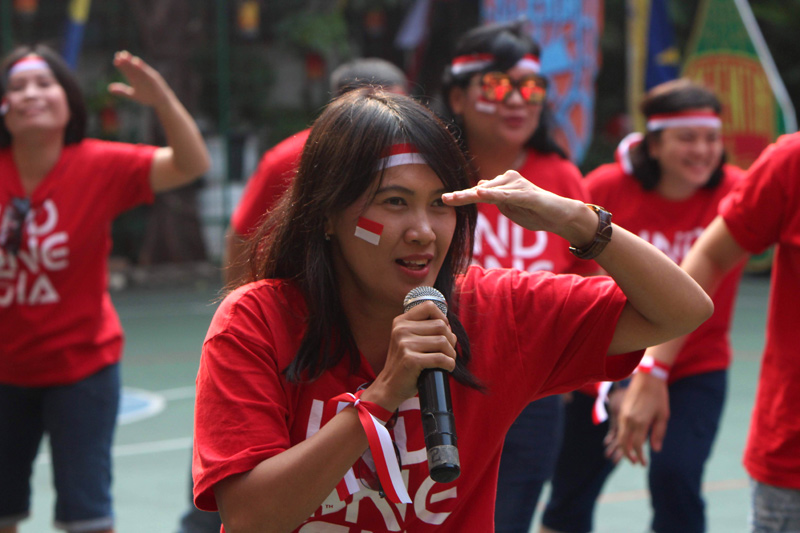